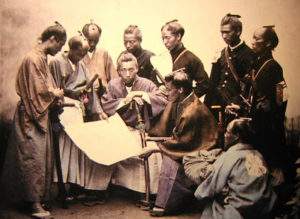 Folks who know me have heard that when the New Yorker ran this semi-satirical hate read profile “the king of clickbait“, it made me crazy.

But if you only work with me you might not understand why. After all, don’t I also talk a lot about “viral lift” and “post reach”? Don’t I post things to Facebook and email people for a living? Isn’t that what PowerThru does, after all – help Progressive Democrats and NGOs use social media and other digital tools to win elections, pass legislation, make friends and influence people?

Well – sort of. But let’s be clear: We built PowerThru to use the power of the internet to help good people do great things. We don’t work for Pepsi, or Mitch McConnell, or the Koch Brothers. We work for environmental groups, labor unions, abortion rights (and people who aren’t afraid to use the A word, as opposed to ‘women’s health’) groups. Not every Democrat we’ve ever worked with is from the Warren Wing – but we are. And we’re here to rep-represent.

I’ve always thought of PowerThru like a team of Samurai warriors – highly skilled in the arts of war, but deeply peaceful by nature. We serve only the most noble masters, because to do otherwise would be to pervert the skills and knowledge we’ve spent our various lifetimes acquiring into nothing more than base commerce: And that isn’t just bad for politics – it’s bad for the civic debate.

Just look at the profusion of truly, utterly, horrible TV ads you see every election season. That’s the result of people deciding it’s more important to make money off politics than to actually say or do anything that matters. TV ads are really expensive. And they make up the lion’s-share of the budget in most campaigns for statewide or federal office. But they barely persuade anyone at all to vote – and even more rarely help people decide WHO to vote for.

And that’s what’s so disturbing about this pompous jackass – Emerson Spartz, an Internet-media entrepreneur in Chicago. He literally does not care what he talks about, so long as the talking makes there be traffic -because traffic = $$$, bitches.

Internet marketing firms have been around for a while. But their interest in politics and political action is relatively new. Now that there’s Upworthy, and OFA, and all the rest though – they’re here to stay. Whether any of us samurai like it, the gun has come to Japan. But like President Obama, I’ve still got hope. Good messages reach more people than bad ones – we see it every day. And that means it’s still possible to use online tools to talk about stuff that matters, and effect change by doing so.

Spartz and his ilk are like the toxic fracking brine that just spilled into North Dakota waterways, again – bad for us all, but ultimately diluted. And if we’re thoughtful and caring about what we post, and how we do it, we can actually do more than stop pollution – we can rebuild the civic ecosystem, starting online.

But you can’t fight ignorance with silence. Hate cannot drive out hate. If we don’t talk amongst the other samurai about HOW to post – about what works and what doesn’t – Spartz and his ilk will keep doing their thing and getting paid a fortune by even bigger idiots to do it until there’s nothing left of the commons.

So I’ve decided, after some rumination, to post the recipe to our secret sauce. Because after all – we’re here to serve. And more importantly if people are armed with the skills and knowledge to use social media WELL, not just for profit, it’s possible we can put idiots like this out of business and actually get something done.

So it is with some reluctance, but a lot of hope for Progressives that I share our non-patent-pending explanation of How to get petitions signatures by posting on Facebook.